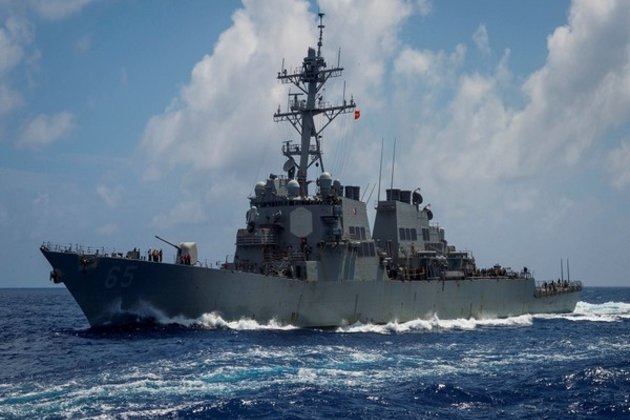 Tsushima Strait or Eastern Channel is a channel of the Korea Strait, which lies between Korea and Japan, connecting the Sea of Japan, the Yellow Sea, and the East China Sea.

Japanese Maritime Self Defence Force (MSDF) has confirmed that Renhai class vessel, which is China’s largest naval destroyer, was spotted in waters near Japan for the first time, Kyodo News reported.

The three vessels did not enter Japan’s territorial waters nor take action to pose any threat to MSDF ships or planes, it added.

This comes days after Japan and the United States expressed concerns over a controversial Chinese law during ministerial-level talks.

According to the Joint Staff, two MSDF ships and a P3-C reconnaissance aircraft spotted the three Chinese naval vessels in the sea about 250km (155 miles) southwest of Tsushima city at around 11am on Thursday.

The three vessels sailed through the Strait of Tsushima and entered the Sea of Japan.

Senior US and Japanese officials during high-level security talks discussed their shared concerns over China’s “disruptive” activities in the Indo-Pacific region and committed to opposing coercion behaviour towards others in the region.

The two sides issued the statement after US Secretary of State Antony Blinken and Secretary of Defense Llyod Austin met in Tokyo with their Japanese counterparts Foreign Minister Toshimitsu Motegi and Defense Minister Nobuo Kishi.

They also expressed serious concerns about recent disruptive developments in the region, such as the China Coast Guard law.