SpaceX raises $1.9 billion in largest funding round to date 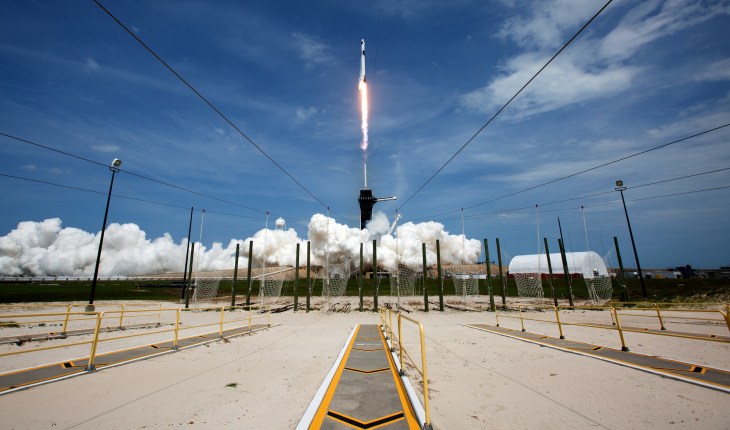 SpaceX  has raised $1.9 billion in new funding, per a filing with the SEC from Tuesday which was first spotted by Reuters. The company had been reported by Bloomberg to be in the funding process earlier, which pegged the post-money valuation of SpaceX at $46 billion following this raise.

The new funding for the still-private SpaceX hardly comes as a surprise; the Elon Musk -led private launch company has been seeking funding since earlier this year, but Bloomberg reported last week that it increased the size of investment it was seeking owing to strong demand from the investment community.

The round was reportedly oversubscribed, though there isn’t yet much information available about who participated in the round (Bloomberg’s report said Fidelity Investments was among the largest in, but they did not confirm). SpaceX might be better positioned than ever to seek significant resources from investors, given the string of high-profile successes it has recorded recently.

Those include completing the first-ever private human spaceflight mission to take off from U.S. soil. That mission, Demo-2, took off from Florida in May and returned to Earth earlier this month the astronauts it carried after a two-month stint at the International Space Station. Its successful completion means SpaceX can now regularly supply transportation services to and from the ISS — and puts them closer than ever to offering commercial spaceflight services for private tourists, researchers and more.

SpaceX has also made good progress on its Starlink spacecraft development program, with a successful short test flight of the prototype this month, and it won multiple multi-year contracts from NASA  and the U.S. government for launch services this year.

It’s currently in the process of a very capital-intensive endeavor, too, which could explain the size of the round: deploying Starlink, the massive satellite constellation that it will own and operate, and that will provide commercial and residential broadband internet services to customers in hard to reach areas once it’s active. Just this morning, SpaceX launched 58 more Starlink satellites, but it will have to launch many more before it can achieve its goal of global coverage.