The order reappoints Melissa Rogers, who headed the office under President Barack Obama. 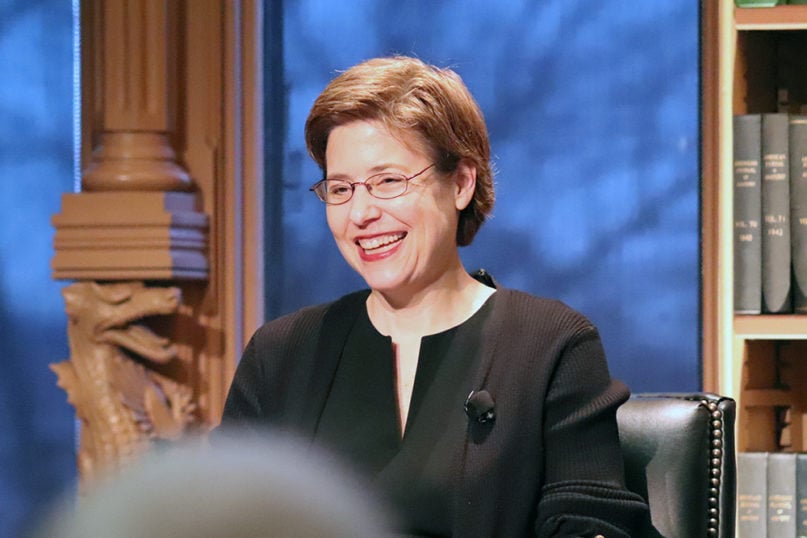 In a statement accompanying the announcement of the executive order, Biden echoed his recent remarks to the National Prayer Breakfast, bemoaning widespread physical and economic suffering due to the coronavirus pandemic, racism and climate change. He added that those struggling “are fellow Americans” and are deserving of aid.

“This is not a nation that can, or will, simply stand by and watch the suffering around us. That is not who we are. That is not what faith calls us to be,” he said. “That is why I’m reestablishing the White House Office of Faith-Based and Neighborhood Partnerships to work with leaders of different faiths and backgrounds who are the frontlines of their communities in crisis and who can help us heal, unite, and rebuild.”

He added: “We still have many difficult nights to endure. But we will get through them together and with faith guiding us through the darkness and into the light.”

The White House announced the appointment of Melissa Rogers, a First Amendment lawyer and senior fellow at the Brookings Institution, to oversee the office, as she did in former President Barack Obama’s second term. Rogers will also serve as senior director for faith and public policy in the White House Domestic Policy Council.

Among the new aspects of what the Biden White House is calling the “Partnerships Office,” Rogers said, are her seat on the Policy Council and the creation of a deputy director.

The office’s deputy director will be Josh Dickson, who ran faith outreach for the Biden-Harris campaign. Trey Baker, who worked as the national director of African American Engagement on Biden’s campaign, will serve as the White House office’s liaison to Black communities, a role that includes Black religious groups.

Dickson, who, along with Rogers, officially started his job on Sunday, said in the same interview that he and Rogers are seeking to enhance existing collaborations between government and faith organizations to address the COVID-19 pandemic.

“We’re currently developing materials that we’re working on getting out far and wide that just share information and facts about the vaccine and that help provide great resources for COVID education,” he said.