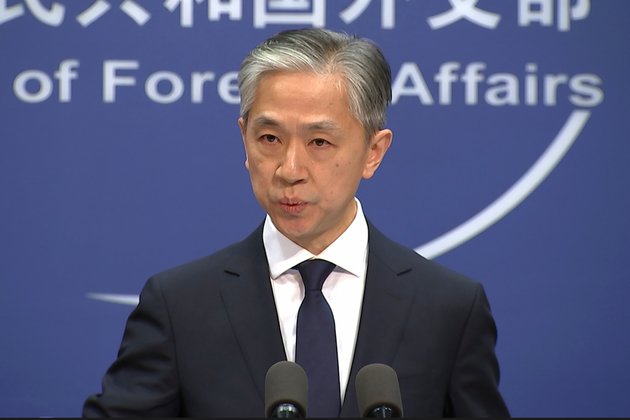 “We extend congratulations to Mr. Biden and Ms. Harris,” Wenbin said. “We have been following the reaction to the U.S. presidential election of both the United States and the international community,” he said without elaborating on his country’s delay.

“We respect the choice of the American people. Meanwhile we understand the results of the U.S. election will be determined according to U.S. laws and procedures,” Wenbin said.

Biden is projected to become U.S. president on Jan. 20 based on what is deemed to be an insurmountable lead in the ongoing vote counting from the Nov. 3 election. The results remain subject to court challenges and recounts, and will not be official until certified by the individual states, which must happen no later than Dec. 8.

China, along with Russia, did not join other governments last week in congratulating Biden after he was projected Saturday to have secured enough Electoral College votes in the election to win the U.S. presidency.

Under a Biden administration political analysts expect few changes in U.S.-China relations, which have recently been tense due to President Donald Trump’s criticism of Beijing’s trade and human rights record and accusations of spying and technology theft.

EmailYou Might Also LikeDrink This Before Bed, Watch Your Body Fat Melt Like Crazy!Sponsored LinkCorona Infected Victim Shares His Daily DeteriorationSponsored LinkDoctors Stunned: Woman Removes Her Wrinkles with This TipSponsored Link
13 Bikinis That Aren’t Covering AnythingSponsored LinkHere’s How Spoiled Barron Trump Actually Is and He’s Only 15Sponsored Link17 Brutal Dirty Photos You Must See Before It’s GoneSponsored Link
Scenes Where Celebs Really Did It. #22 Will Shock You.Sponsored Link