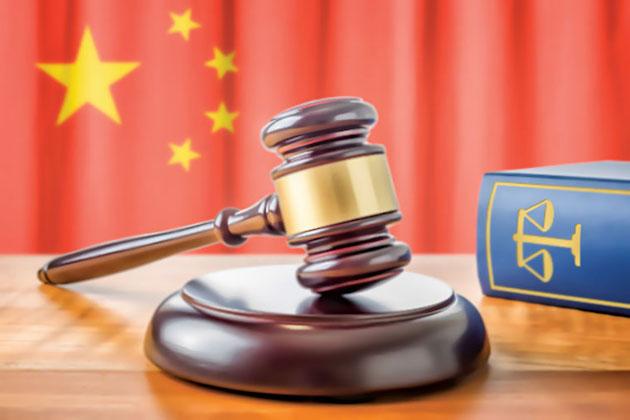 BEIJING, China, Oct. 13 (Xinhua) — Chinese lawmakers are mulling over lowering the minimum age at which a minor can be convicted to 12, in individual cases under specific circumstances.

The proposal was made in a draft amendment to the Criminal Law, which was submitted Tuesday to the ongoing session of the Standing Committee of the National People’s Congress, China’s top legislature.

If a juvenile who has reached the age of 12, but is under 14, commits intentional homicide or inflicts an injury that leads to death under flagrant circumstances, he or she shall bear criminal responsibility upon attestation and approval of the Supreme People’s Procuratorate (SPP), according to the draft.

Currently, minors under the age of 14 do not bear any criminal responsibility in China. However, some high-profile cases involving violent crimes committed by underage youths in recent years have sparked a heated debate on the minimum age of criminal liability.

Besides, statistics from the country’s top procuratorate raised concerns over juvenile crimes. China saw a rebound in juvenile delinquency in recent years, according to a white paper issued by the SPP.

The most common juvenile crimes prosecuted were theft, robbery, intentional assault, affray, creating disturbances and rape, accounting for about 82.28 percent of the total, the white paper showed.

The draft amendment also adds provisions aimed at strengthening the protection of minors to prevent them from sexual abuse.

It stipulates that guardians and those who adopt underage females aged between 14 and 16 shall be investigated for engaging in criminal sexual activity, regardless of whether the minors agree or not. Others targeted include those who have special duties of giving medical treatment to and educating the juveniles.

In cases with flagrant circumstances, the penalty can be imprisonment of not more than 10 years.

EmailYou Might Also Like[OMG] This Kitchen Hack Has Been Revealed, And It WorksSponsored Link70 Year Old Grandma Looks 40 Again: You Will Not Believe HerSponsored Link