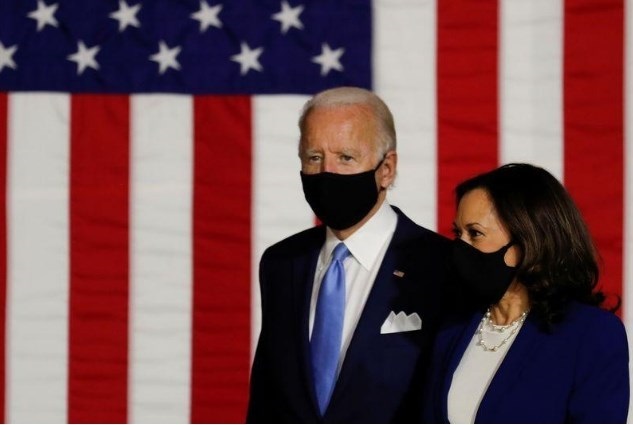 Investing.com — A victory for Democrat Joe Biden in the U.S. presidential election will likely ease some jitters in financial markets this week even as President Donald Trump refuses to concede and presses ahead with legal fights against the outcome. But with control of the Senate still up in the air and the fresh resurgence in virus cases market risks linger and the prospect of additional economic stimulus before January is unlikely. Investors will be watching appearances by several Federal Reserve officials, including Chairman Jerome Powell later in the week. Meanwhile, earnings season is beginning to wind down, but there are still dozens of companies set to report and Brexit talks are heading into extra time. Here is what you need to know to start your week.

Major networks declared Democrat Joe Biden the winner of the U.S. presidential election on Saturday and although current President Donald Trump said he would fight the results in court his chances of overturning the election results are slim.

U.S. stock markets registered their biggest weekly gains since April last week, on bets Biden would win and Republicans would hold onto the Senate. That scenario would create a steadier hand in the Oval Office and a Congress that would keep Biden from implementing tax increases or many new regulations.

As such, investors focus will now turn to two Senate races in Georgia heading to run-off elections in early January.

The significance of those races, which could potentially end up with the Democrats controlling the White House, Senate and House of Representatives, means January is “the new November” in terms of election volatility risk, Michael Purves, founder and CEO of Tallbacken Capital, said in a note to clients.

But despite the resurgence in virus cases the prospects for a major fiscal-stimulus package before January remain dim.

Democrats potentially have an incentive to wait until after the runoff races in Georgia in January when they could retake control of the Senate. That would allow them to push through their own large spending package.

For their part, Senate Republicans will be able to block large scale spending called for by Democrats. On Friday, U.S. Senate Majority Leader Mitch McConnell said that economic data, including a decline in the unemployment rate, showed that Congress should enact a smaller stimulus package.

Investors and prominent Wall Street figures said Saturday they were happy with the election finally being called, ending days of uncertainty during which Trump made repeated claims of electoral fraud without providing evidence.

“Now is a time for unity,” JPMorgan Chief Executive Jamie Dimon said in a statement. “We must respect the results of the U.S. presidential election and, as we have with every election, honor the decision of the voters and support a peaceful transition of power.”