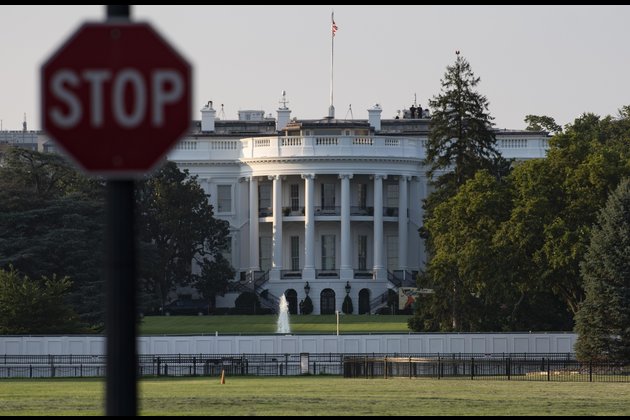 – By sending one senior official after another to Taiwan, Washington has violated China’s sovereign rights recklessly and repeatedly.

– By constantly sending wrong and dangerous signals to those “Taiwan separatists,” the White House is also stoking tensions across the Taiwan Strait, risking pushing the region into dangerous confrontation.

BEIJING, Sept. 17 (Xinhua) — U.S. Under Secretary of State for Economic Growth, Energy, and the Environment Keith Krach is scheduled to arrive in Taiwan later Thursday, in yet another provocative move by Washington that violates China’s core interests and will further undermine China-U.S. ties and stir up tensions across the Taiwan Strait.

It will be the second visit to the Chinese island province in two months by a senior U.S. politician despite Beijing’s strong and consistent opposition to official exchanges between the United States and the Taiwan Province. In August, U.S. Secretary of Health and Human Services Alex Azar visited Taiwan in the name of anti-pandemic cooperation.

By sending one senior official after another to Taiwan, Washington has violated China’s sovereign rights recklessly and repeatedly. Krach’s coming visit, under whatever excuse, bears little difference in substance from that of Azar’s. Both have stepped on a red line in China-U.S. relations — the one-China principle which Washington has openly vowed to adhere to.

In the three China-U.S. joint communiques, the most fundamental political documents that have ensured stability and progress in bilateral ties over the past more than four decades, Washington has not only recognized that “there is but one China and Taiwan is part of China,” but also promised that “the people of the United States will maintain cultural, commercial, and other unofficial relations with the people of Taiwan.”

By eroding the political foundation underpinning the China-U.S. relationship, Washington’s arrogant provocations on the Taiwan question will certainly further jack up the tensions between the world’s top two economies. That is the last thing this agitated world, which is struggling to weather a twin-crisis of the coronavirus pandemic and a teetering global economy and desperate for stronger international solidarity, wants to see.

By constantly sending wrong and dangerous signals to those “Taiwan separatists,” the White House is also stoking tensions across the Taiwan Strait, risking pushing the region into dangerous confrontation.

In recent months, apart from visits by U.S. officials, the U.S. administration also signed in July another arms sales deal to Taiwan and sent U.S. war ships into the Taiwan Strait multiple times.

Few around the world will miss the fact that Washington’s purposes behind its moves regarding Taiwan are purely self-serving and highly politically motivated. The White House is simply daydreaming that it can somehow manage to make China compromise on its sovereignty or territorial integrity.

And for those in Taiwan who are trying to count on Washington to separate Taiwan from China, they should sober up to the fact that in the eyes of those self-dealing and self-important Washington politicians, they are no more than political pawns used by Washington to contain China and to pursue hegemony in the Asia-Pacific region.

Taiwan is an inalienable part of China. Beijing will not sit on its hands while watching foreign forces eroding China’s core interests as a sovereign country, and sabotaging its cause of national reunification.

For the sake of the well-being of China-U.S. ties, as well as peace and stability in Asia-Pacific, Washington should take back its meddling hands. Otherwise, its unchecked political brinksmanship on Taiwan will endanger what many argue is the world’s most important bilateral relationship, an undesirable situation for both countries and the region. ■

EmailYou Might Also LikeNeuropathy & Nerve Damage? Do This Immediately (Watch)This Tiny Freak Animal Grew Up to Look Like ThisCorona Victim Shares His Survival Experience
[OMG] This Kitchen Hack Has Been Revealed, And It WorksDoctors Stunned: This Melts Belly Fat Like Crazy (Try Today)74 Year Old Grandma Looks 50! She Reveals How
This Photo is Unedited. Look Very CloseNeuropathy & Nerve Damage? Do This Immediately (Watch)Seattle, Washington Drivers Fuming over New Rule?

Nearly two thirds of U.S. restaurant closures will be permanent

Interest rates in U.S. to remain low for next three years, says Fed

Interest rates are expected to stay at or near zero through 2023, the Federal Reserve said Wednesday.Announced as the U.S. …

Bill Gates Snr, who was suffering Alzheimer’s disease, has died

SEATTLE, Washington – Bill Gates Sr, a lawyer and father of Microsoft co-founder Bill Gates, died on Monday at his …

The lack of grandeur is startling now, the two yellowed, typewritten pages chronicling a small after-hours business meeting bearing no …

Number of children living in poverty rises to 1.2 billion

The Covid-19 pandemic has caused a major rise in child poverty across the world. In a new UNICEF and Save …

Iranian government lashes out at Pompeo over human rights remarks

The United States doesn’t want to engage in warfare in space, but like in all domains, the U.S. military must …

BURLINGTON, Vermont – A federal grand jury in the District of Vermont in the United States returned a third superseding …