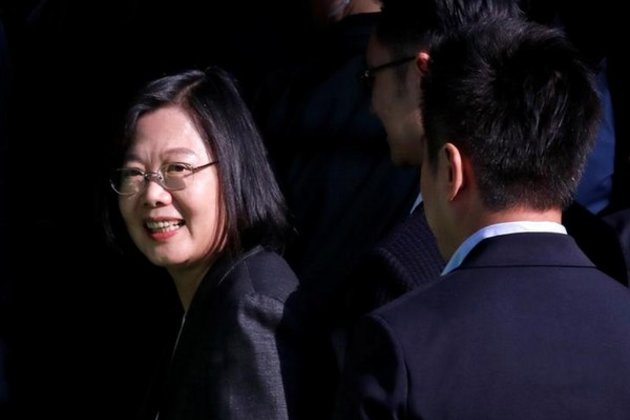 Beijing [China], Aug 23 (ANI): Amid the threat of China endangering Taiwan’s security, the country’s defence ministry has released a video showing troops firing anti-aircraft, anti-tank and anti-ship missiles in defence of the island against a mock invasion from across the Taiwan Strait, South China Morning Post reported.

While releasing the video, the ministry reportedly issued a warning to China saying that the latter should not underestimate the island nation’s capability to defend itself. South China Morning Post quoted the ministry as saying, “The most egotistical country can thoughtlessly provoke a war and the most ignorant government can be caught in the flames of war.”The ministry further said that repeated provocation by China’s People’s Liberation Army will no longer work. “It would have only the effect of triggering the wrath and antipathy of Taiwan’s people, and hurt peace and stability across the Taiwan Strait,” the ministry said.

On Wednesday, Taiwanese President Tsai Ing-wen was quoted as saying, “We have a full grasp of and are closely monitoring the overall military situation and the public can rest assured our military is able to safeguard our national security.”Taiwan military’s latest move comes days after China media revealed details of PLA’s new Tianlei 500, a 500kg (1,100lb) precision-guided munitions dispenser and air-to-surface missile. South China Morning Post further reported that on Tuesday, CCTV broadcasted a report about the PLA staging live-fire exercises at both the northern and southern ends of Taiwan, and a day later released footage of a live-fire drill staged by the PLA in the East China Sea.

Further, on August 13, the PLA Eastern Theatre Command said that it had recently carried out combat exercises at the north and south ends of the Taiwan Strait. (ANI)