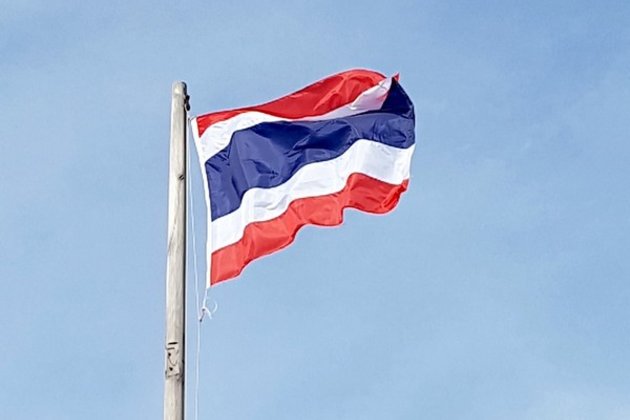 By Lee Kah WhyeSingapore, December 28 (ANI): Thailand and Malaysia, among the top emerging markets in Southeast Asia, are likely to outperform expectations among 17 developing markets surveyed by Bloomberg.This according to a report published in December by Bloomberg investment strategist Simon Flint and co-authored by Michelle Jamrisko. The report, which is not intended as investment advice, studied a total of 17 emerging markets and forecasts their potential for 2021 based on 11 indicators of economic and financial performance.The study revealed that the top 5 developing markets which could beat expectations are Thailand, Russia, South Korea, Taiwan and Malaysia in that order.India, although garnering a middle rank of 11th, scored the highest in terms of expected GDP Growth in 2021 with analysts expecting the nation of 1.38 billion people to grow at a rate of 9 percent. This is followed by China at 8.1 percent and then the Philippines at 7.5 percent.Thailand earned its number one ranking due to its strong foreign exchange reserves and high potential for portfolio inflows. Second-ranked Russia’s strength lay in its healthy external accounts, a strong fiscal profile as well as an undervalued ruble.Taiwan and South Korea (joint third) have strong current account positions and foreign reserves, as well as an outstanding balance sheets. Taiwan and Malaysia (ranked 5th) also have good potential for portfolio inflows, and both actually scored better on that metric compared with Thailand. Philippines, which ranks 10th overall, also has robust foreign exchange reserves, third-highest only behind Russia and Thailand.Malaysia which snared 5th position has an undervalued currency with z-score of negative 1.4. The z-score is obtained by determining a currency’s current real effective exchange rate (REER) and comparing that to its five-year average. Other countries with currencies which are lower than their expected value include Brazil, Turkey and Hungry.Among all the countries surveyed, Malaysia stands to gain the most once the COVID-19 pandemic is under control. The Bloomberg report uses Goldman Sachs’ effective lockdown indexes to measure the room that each country’s economy has to expand once normal business activities resume. Those indexes should all eventually converge near to zero. The other countries which stand to benefit most from lockdown relief are the Philippines and Chile.China scored poorly in the study and in fact is in 17th position – last place. The reason being that the high expectations are already factored into the current markets and there is limited room to for investments to multiply compared with other markets on the list. There is also concern with the valuation of China’s currency. Its valuation is third-highest based on Bloomberg’s computations and may tumble. On the flip side, its central bank may intervene should it strengthen.Brazil lags the others in 16th spot because of mounting fiscal deficit and debt concerns. Poland, in 15th place, has a weak fiscal position as well as a potential for equity flows to revert to the mean. Other countries which risk equity flows mean reversion are Poland and India.Two countries that are potentially susceptible to an economic shock are Turkey (joint 7th) and Colombia (joint 12th) due to theirhigh current account deficits of nearly 4 percent of GDP and poor net investment positions. However, it should be noted that this is a superficial indication since other factors have to be considered. Australia and New Zealand are known to run average current account deficits of above 4 percent of GDP for decades without problems.Generally, the report says that many emerging market economies are poised to recoup economic loses, judging from the various metrics. Healthy foreign reserves, particularly in Asia, provide a cushion for external shocks, but elevated debt-to-GDP readings will be worth monitoring for stability risks.The report continues, “Developing-nation assets are headed for a back-to-back winning year, thanks to unprecedented monetary and fiscal stimulus deployed to fight the pandemic. As the global recovery takes hold, and the Federal Reserve keeps interest rates low, risk appetite should continue to strengthen in 2021 amid favourable valuations and attractive real yields that lure foreign buyers.”Bloomberg chief emerging markets economist, Ziad Daoud added, “The depth of the pandemic recession and speed of recovery from it differs widely across emerging markets. Countries that manage to contain the outbreak, introduce a large stimulus, have low exposure to the hardest-sectors and aren’t reliant on foreign capital will fare better. China and Turkey are already at their pre-virus peak, although the latter relied on an unsustainable credit boom. India should get there by 1Q21. Chile and South Korea won’t be far behind – we expect them to catch up mid-2021.” (ANI)