WHO Again Under Scrutiny for China Influence 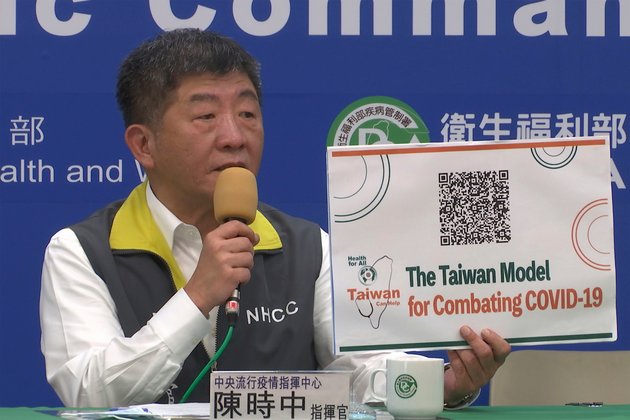 WASHINGTON – Last week the World Health Organization hosted its annual summit known as the World Health Assembly to outline new policies and priorities, but a controversy involving Taiwan ended up also drawing renewed attention on how Beijing’s politics continue to influence the WHO.

During the summit, which was hosted on the WHO official Facebook page, WHO moderators appeared to censor comments that contained words related to Taiwan or that implied the coronavirus originated in China. Several Taiwanese media reported that the WHO Facebook page blocked any Taiwan-related comments that included “Taiwan” or “Taiwan can help.”

After coming under criticism, the WHO said it was facing an “onslaught” of cyberattacks during the summit by activists using words including “Taiwan” and “China.” The group said it applied content filters to improve moderators’ ability to monitor conversations. The measures were later removed after the Taiwanese government complained.

The censorship goes beyond Taiwan. Since the incident, internet users have found that phrases such as “Winnie the Pooh,” “Wuhan Virus” and “China Virus” were also blocked. Winnie the Pooh has become a sensitive character in China because people use it to mock Chinese leader Xi Jinping.

Several members of Congress have raised concerns about the WHO’s actions.

Rep. Michael McCaul, the top Republican on the House Foreign Affairs Committee, said in response to a VOA email last Thursday that he was concerned about the WHO’s approach.

“I am disturbed the WHO appears to have engaged in online censorship related to Taiwan’s exemplary COVID-19 response, undoubtedly to appease the Chinese Communist Party,” he said. “Taiwan’s participation in the WHO is critical for global health.”

This year, Taiwan was barred from attending the annual World Health Assembly. McCaul said the WHO should invite Taiwan to join and participate in future meetings.

Facebook said it was not directly involved in the management of the WHO Facebook livestream, which includes functions to block specific keywords or turn off messages, according to Deutsche Welle. The blocking function on Facebook is controlled by the page managers who can use it according to their needs.

Meanwhile, many saw the WHO’s shutting out one of the countries that has been most successful in fighting the pandemic as self-defeating.

“Why would China try to silence Taiwan at the WHO meeting?” Republican Sen. Marsha Blackburn tweeted Friday. “Maybe because Taiwan has been successful at containing COVID-19.”

As of last Friday, Taiwan, with a population of 23 million, had reported 597 confirmed cases of coronavirus, most of them from abroad.

Hsiao Bi-khim, Taiwan’s Representative to the United States, said that if the WHO did block Taiwan-related messages on its Facebook page, “it would be an outrage to see the WHO and Facebook teaming up to do China’s dirty work of censoring the success story in the fight against COVID-19.”

The U.S. Mission in Geneva tweeted a photo on Monday of Andrew Bremberg, the U.S. ambassador to the United Nations in Geneva, and an art installation in front of United Nations Headquarters with the caption “Taiwan Can Help.” The tweet also noted that Ambassador Blumberg said he “couldn’t agree more” with the caption and called for Taiwan to be invited to join the World Health Assembly.

EmailYou Might Also Like30 Insanely Cool Pieces of Royal MemorabiliaSponsored LinkThe Best Sleeping Positions for Improving Your HealthSponsored Link5 Strange Cases of Accused Animal SpiesSponsored Link
WATCH: The Cutest Argument Over the WeatherSponsored LinkAll Natural CBD Oil Has Doctors Throwing Out PrescriptionsSponsored LinkHarvard Study Reveals the Ingredients to True HappinessSponsored Link
Is Your Child Super Emotional? It May Be Their Zodiac SignSponsored Link