With an eye on the presidential election, Trump takes tough stand on China 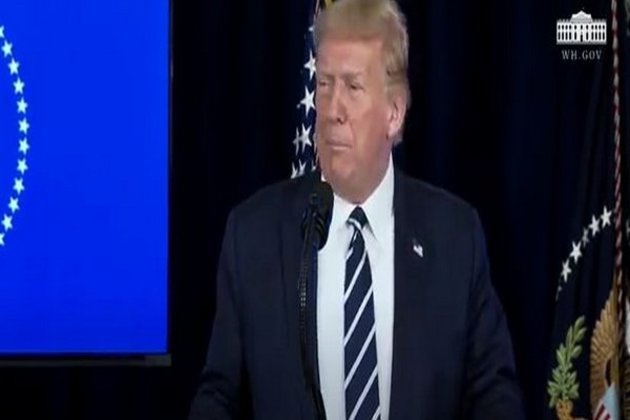 Washington [US], Aug 9 (ANI): US President Donald Trump has of late intensified his actions against China due to upcoming presidential elections scheduled for November this year, according to The Wall Street Journal.

While the previous confrontations between the US and China had been limited, Trump in recent weeks has delisted Chinese companies, shut down two Chinese apps — WeChat and TikTok, sanctioned several Chinese officials, closed the Chinese Consulate in Houston and even sent a Cabinet official to Taiwan.

As the US’s actions were taken to punish China for imposing new security law in Hong Kong, committing atrocities on Uyghur Muslims in Xinjiang and complaints of US companies on cyber theft or forced technology transfer.

“What is taking people aback that this has all happened at once,” Clete Willems, a former Trump White House economic aide, was quoted as saying.

“It signals that the hawks are ascendant and the president feels he needs to do more to make the case for a second term,” Willems said.

Advisors of Joe Biden, an opponent of Trump, have reportedly said that if the Biden administration comes to power, it will take a less confrontational approach towards China, though most policies on trade and national security would be similar.

“The Biden team has been pretty clear that they agree with the idea of strategic competition with China. It comes down to the best way to compete,” Evan Medeiros, a former Obama administration Asia official, was quoted as saying.

All of which suggests tensions will continue no matter the outcome of the November election. “A new Cold War has begun,” said David Shambaugh, a China expert at George Washington University.

“Keeping a Cold War from becoming a hot war is the issue,” Shambaugh added.

However, there are some constraints as to how far Trump will push the confrontation.

In trade, Trump is weighing steps that might escalate tensions like pushing for a free-trade deal with Taiwan. While that would have limited economic consequences, it could be viewed in Beijing as a big political commitment to an island that China views as a renegade province, the Wall Street Journal reported.

“The President told me two weeks ago that he is not finished with China yet…There is more to come,” Michael Pillsbury, a China expert at the conservative Hudson Institute, who consults with the administration, was quoted as saying.

Reacting on Washington’s intensified actions against Beijing, US Chamber of Commerce Executive Vice President Myron Brilliant said, “We are concerned the escalations will lead to a tit-for-tat that will hurt American business community and global economy. There does not seem to be an end in sight.”In comparison to the previous governments, the Trump administration is far less responsive to corporate lobbying for China. According to The Wall Street Journal, US Attorney General William Barr recently warned American companies that advocating for China could require them to file as foreign agents.

“There is nothing that can stop an incident from becoming a crisis,” Daniel Russel, an Obama administration China expert, was quoted as saying. (ANI)